FLASHMOB began life as a duo but since 2015 has been guided by Alessandro Magani to huge success.

Since going solo under the stewardship of Magani, Flashmob has enjoyed a huge summer with performances at elrow and Tomorrowland.

Always prolific on the production front, 2018 has been a spectacular year with his remix of Basement Jaxx’s classic track ‘Flylife’ receiving widespread acclaim and his track ‘The Lone Brazilian’ becoming the second most sold record on Jamie Jones and Lee Foss’ Hot Creations imprint hitting the number 1 spot on Beatport for five weeks. More music is on the way too with releases on elrow and Sola due to drop as well as a remix for M.A.N.D.Y.

We caught up with Alessandro to find out more and he has recorded an exclusive mix for The Night Bazaar Sessions which you can listen to here.

You started the summer ready to unleash your sizzling remix of Basement Jaxx’s Flylife. Were you pleased with how this was received?

Very much so thank you. When you see a remix get such an acclaim it means it’s one to stay. And seeing it in the top ten Beatport chart for a month also helps. It makes me super proud that the industry has received it so well. Flylife has always been a stand out track for me and being such a huge fan of Basement Jaxx I feel deeply honoured to have been able to do a remix of it.

How did you approach remixing such a classic record?

I have played Flylife and Flylife Extra so many times over the years that I sort of had an idea of what to do. It’s easier when you’ve actually mixed the track during your sets so many times. If hadn’t have know the track so well I probably wouldn’t have taken it on to be honest. It’s very risky to remix iconic tracks. So I thought I’d keep and respect the original vibe and then add those two, three elements that could carry the track through to today’s dance floors.

Since going solo under your Flashmob alias in 2015 you have continued to go from strength to strength. Was it an easy transition to part from Danny and do you think the split affected the sound of Flashmob in terms of how you approach making a track on a solo basis?
Splitting up with someone you’ve shared so much with is never easy but I guess each and every one of us must take their own path and follow their own instincts and desires. Especially musically and in terms of how you wanna be involved in music and at what level. I’ve been pushing super hard for nearly two years now and finally I see from the statistics that my music is more popular now than when I started so I am extremely proud of what I have done.
I had a period where I allowed myself to release as much as I wanted and experiment as much as I needed. I just needed to get the preoccupation of failing out of my system. Then I started putting together a string of releases on strong labels like Kompakt, Hot Creations, Gigolo, Glasgow Underground, Stereo, Elrow, Get Physical, Sola etc .. all in one year, and now I have more coming.
In terms of how I make tracks, yes the whole process for me alone is completely different than it was and I am very happy with how I do it and the results.
Also the live production process has changed, as I tend to use more software and sample a little less than I used too.
My whole job has changed and I have adapted. It’s a younger market now with a younger sound with a completely different media approach, so a different game to play.
You have some big releases this year on some big labels such as ElRow and Hot Creations but refuse to be pigeon holed to a certain sound which can be seen with other releases on labels such as Kompakt and Get Physical. Is this is a deliberate approach to just making want you want to make in the studio as opposed to targeting certain labels, trends and sounds?
It’s a bit of both. I can do different things in the studio and I am turning Flashmob into a festival brand and to do that I need to shop in different stores with slightly different sounds. This allows me to keep my brand in the minds of different music lovers and be able to play and produce for a wider audience.

Which records have you been most proud of this year from the excellent array of material you have released?

With no doubt “The Lone Brazilian”.  Everyone in this game is trying to get a record on Jamie’s imprint and once you have that only one of the many releases will be the stand out one of the year and to have had that this year means the world to me. It’s the second most sold record ever on Hot Creations in only a few months so I imagine it can go all the way. To see it stay at the N. 1 position for 5 weeks of the Overall chart on Beatport is very unique. I’m not sure if any Italian has done that before.

What Flashmob productions yet to be released should we be looking out for?

I have a really big record coming on Sola; it’s called Bo Bo Boom and it was in a video of a gig of mine at Elrow in South Africa that went viral. I also have a nice remix coming on Repopulate Mars for Shiba San.

Let’s talk about your labels Flashmob Records and Flashmob LTD. Can you tell us what you have coming up on each label, why you feel you need to have two outlets and what tracks have really been firing for you this year from the releases?

On Flashmob Records I have many producers who I love realeasing soon like Roberto Surace, Samuel, Dan Sander Dellariva, and finally Freedom B will be back. The label is evolving and growing simply thanks to the quality of the music. I am very proud of my baby. Flashmob Records embraces a young, current sound that enables me to be part of today’s evolution of electronic music.

Flashmob LTD is my personal view of how underground music should be. It has nothing to do with sales, charts or anything like that. It’s music for bigger crowds and usually played by bigger DJs.

How much influence do you take from both sides of your heritage in Liverpool and Milan? Liverpool is so rich in dance music and general music history. Can you tell us about the scene in Milan a bit more and what influences the city has had on you?

My Liverpool side is part of my soul. My mother and I were very close and our Irish heritage is very important to me.

Liverpool and Ireland are musical places and I think that sticks with me. Milan is a great city and many new waves and nights are coming to life. I hope to see it growing in this new direction more and more. The scene is still influenced by the past I feel but it’s getting there, to freedom I mean.

Finally, how has your summer touring been and what have been the highlights?

Touring started in early May in Ibiza at Blue Marlin and was great throughout the summer. I hit many great festivals like Puur in Holland, Maas in Ireland and Tomorrowland with three performances for Jamie Jone’s Paradise Stage, High On House Stage, and the Festival Final set at Bruxelles Airport. I really had a great time. I also played Audiowhore, which I really loved and Solid Grooves in Ibiza. That was fantastic. Many great gigs that really made it a special summer. 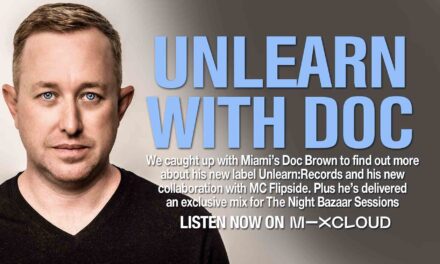 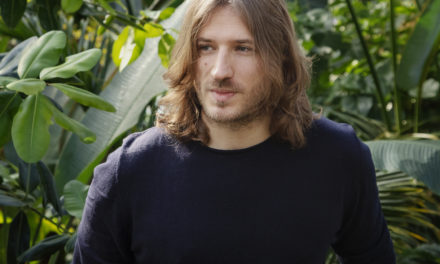 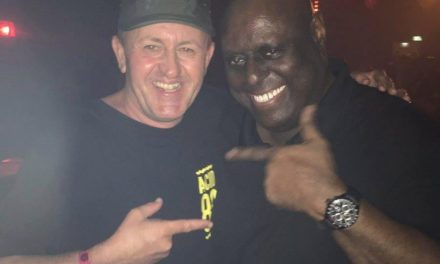 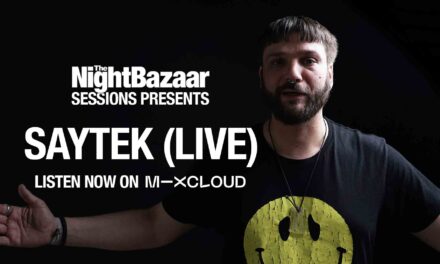