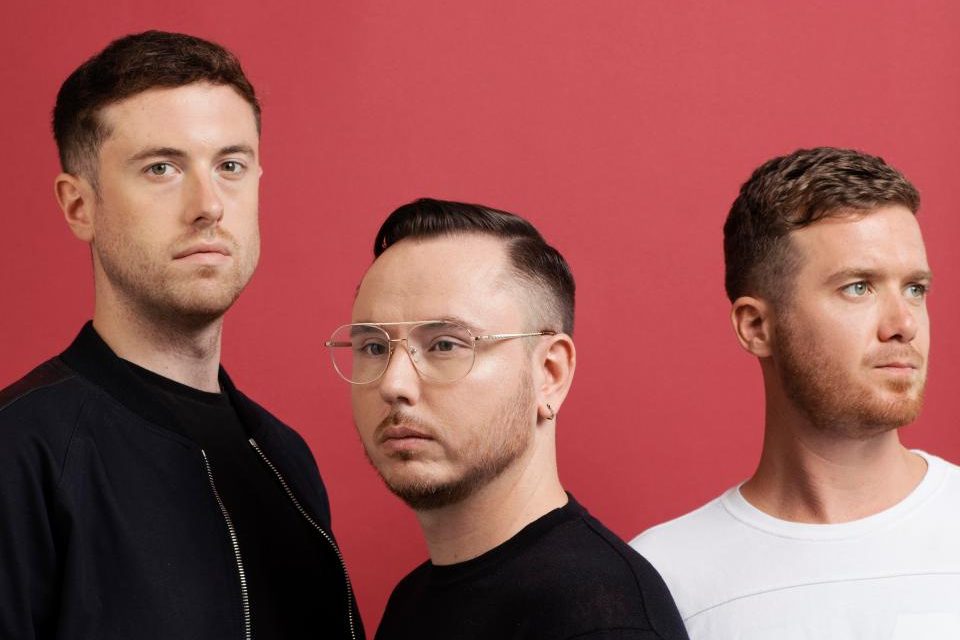 DUKE Dumont and Gorgon City are two of the most commercially successful dance music artists in modern day pop music.

They have joined forces for new single ‘Real Life’ which features NAATIONS, it’s set to be a massive summer anthem on Ibiza and beyond.

The prolific duo Gorgon City have sold in excess of 2 million combined singles and albums worldwide and are preparing for a busy summer heading back to Ibiza for their residency at Amnesia and other headline slots all over Europe including SW4 and V Festival here in the UK.

Duke Dumont has released a hat-trick of massive UK hits including two UK #1s amassing over 1 billion streams in the process. Most recently he has produced and co-written the huge new single ‘Swish Swish’ from Katy Perry which features Nicki Minaj.

We caught up with them both this week to find out more about their new single and an exciting summer ahead. 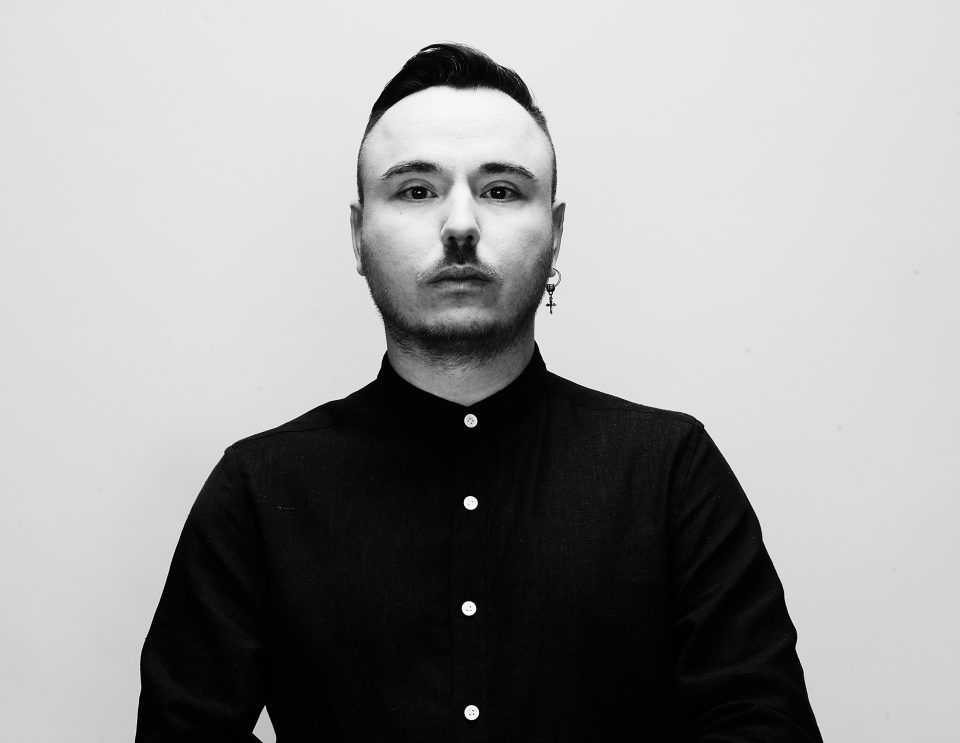 What led you to collaborate with Gorgon City on new single Real Life?

We’ve known each for years, even before either of us had any commercial success. It felt natural collaborating on this song.

How did you hook up with Naations who feature on the single?

I met them after they initially met Matt and Kai. But coincidently I had known Nicky (Naations) from when I used to tour Australia years ago.

The single is definitely aimed at the summer. Can you tell us a bit about the thoughts and feeling behind it?

I agree. The actual song is about how someone can have 2 personas. 1) behind close doors and 2) to the wider world. Nowadays with social media , that’s never been truer. Thus the line in the song ‘I only want to love you in Real Life’.

Can you tell us about your involvement on the new Katy Perry single?

I produced the record ‘Swish Swish’. Katy had a vision for her forthcoming music, and it was my goal to find a point in which our two worlds met. My vision for the record was to bring a well executed level of sassiness to it.  I am happy with what we achieved.

Your summer schedule is looking jam packed not least with your residency with Together at Amnesia, Ibiza? What are you particularly looking forward to?

I’m looking forward to coming back to playing to a UK crowd (SW4 & Creamfields) Can’t beat it. I’ve travelled the world probably 8 times round, and the energy at UK shows is second to none. I’m based in Los Angeles for most the year, and I get to come back to the UK in the summer, which is the best time to visit.

You are spending a lot of time in the US next month. The American dance music fans appear to be growing out of the typical EDM sound these days and are digging deeper. Is that something you have seen over the last couple of years? Has EDM served it’s purpose?

I’ve seen the growth of more traditional house music in the US. 5 years ago when I was touring EDM was omnipresent in shopping malls, restaurants , hotels , etc. That transition now has switched to house music.  Cultural will change again, which is healthy.

You have become adept at making hit singles but also keeping your vibe in the more underground vibe. How easy is this for you or do you set out first and foremost to move a dance floor rather than make a successful chart hit?

Everything I’ve learnt comes from the dance floor. Subconsciously seeing what triggers people to dance . I apply this to the club music i make, or to a record that has a chance of being a hit record.

Who are your favourite dance music producers? And who from the commercial pop world would you really like to collaborate with?

From a pop radio world, I have a lot of respect for Flume, and undoubtedly Daft Punk with how they managed their artist alias and production for other acts. From the commercial pop world I’m not chasing to work with anyone. I’m waiting to see who’d like to bring me into their project to make records for them. Working with an emerging artist would be exciting , because as a producer I’d be working from a clean slate. 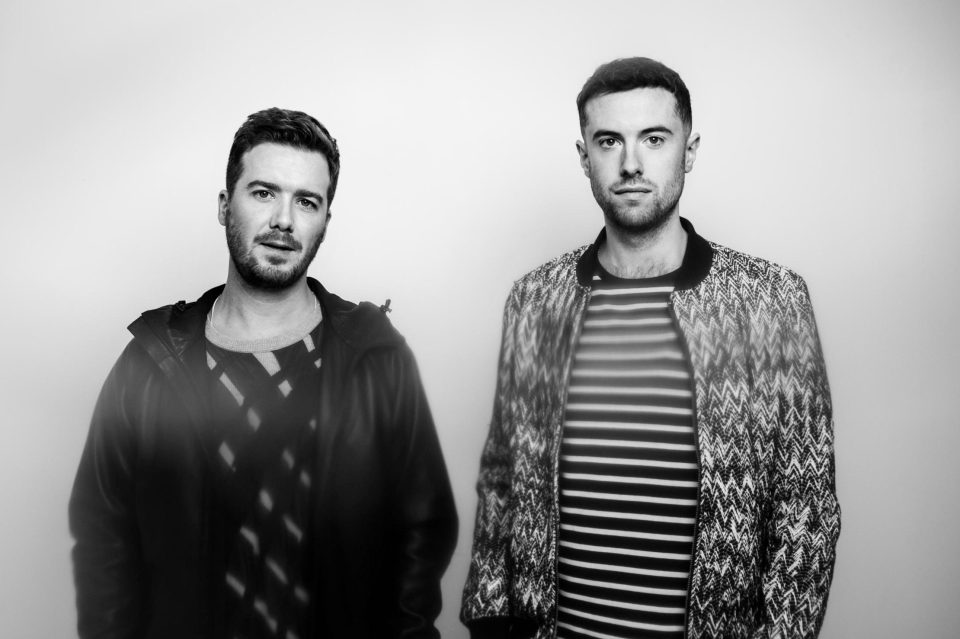 What led you guys to collaborate with Duke Dumont on new single Real Life?

We’ve always been fans of Duke’s music and we thought it would be super exciting to do a collaboration for the summer!

How did you hook up with Naations who feature on the single?

Nat Dunn from Naations is an amazing singer and songwriter, we have worked with her on other tracks as well. Her voice is a perfect fit on the track.

The single is definitely aimed at the summer. Can you tell us a bit about the thoughts and feeling behind it?

It’s a feel good record with throwback ibiza elements. It’s meant for the summer, for people to have a good time. The lyrics can strike some meaning to social media-led world we live in too. This will be explored in the video for the song.

Your success as a duo has been great to watch develop and shows no sign of slowing down. Do you ever miss your days producing solo having both enjoyed success in your previous guises as RackNRuin and Foamo? In the early days of Gorgon City you must have drawn a lot on your own solo experiences which must have influenced the early Gorgon City music?

Gorgon City has always been a fun collaboration for us, we don’t miss the good old days or anything, but we do continue to make music separately. When we’re on the plane or not in the studio together we’re making new ideas all the time. You never know Foamo and RacknRuin might come back one day lol. For the time being we’re having loads of fun releasing music and touring together.

The attention to detail not just with your music but also the projects you bring to fruition, your visuals, artwork and themes is super slick. How involved are you with these processes aside from the music?

Very involved. We are passionate about making our artwork, visuals and live show aesthetics the best they can be. We have meetings with our management and record label all the time to keep the quality high.

A lot of producers are favouring producing EPs or singles over albums in this digital age but you guys clearly love the process of making albums. What is it that you like about the long player and do you think people still digest music from albums in the same way these days as they did say 10 years ago? Some artists I have spoken to almost shy away from making albums in favour of singles.

Sirens was a massive achievement for us. We find it important to be an Album-making Act, and not just an act that release singles. We feel it puts us in a wider world of live performance and artist integrity. We can’t wait to get the rest of Kingdom out there. We have a lot of new music coming out soon.

You release your music on a variety of labels, some of the biggest majors and some of the cooler tastemaker labels like Crosstown Rebels. How important is it for you to keep your toes in the underground while riding high with some of your more commercial sounds?

We come from UK underground dance music. We continue to make more clubby underground stuff all the time. We’re lucky to be able to put it out on labels like Suara and Crosstown Rebels, so we have to big up Virgin EMI for letting us do that.

What’s on the horizon this summer in terms of shows? What are you looking forward to?

Our residency at Together at Amnesia, Ibiza is most Tuesdays this summer. Also festivals like Glastonbury, V Festival, Creamfields and SW4. Also loads more music! 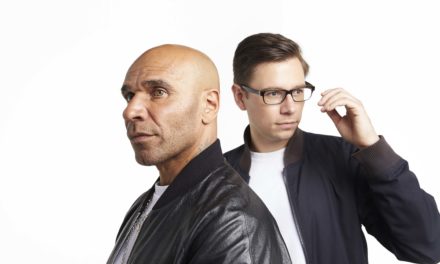 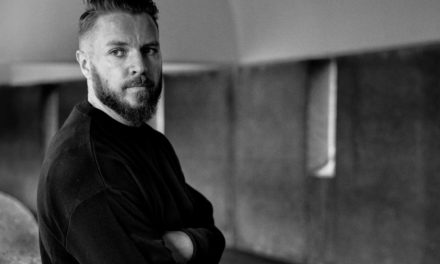 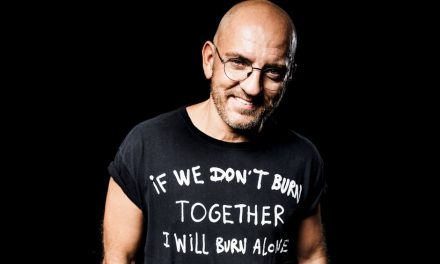 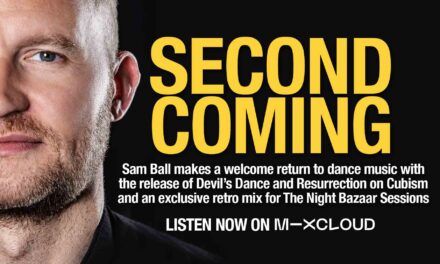