THE NIGHT BAZAAR is a labour of love and the home for much of graphic designer, artist, DJ, music producer and journalist, Mark Gwinnett’s music related work from the past decade.

Initially the concept for the website was to showcase the hundreds of chats Mark and a select band of brothers working with him have had with many of the worlds best and up and coming electronic music artists from Carl Cox, Underworld, Pete Tong and Sven Våth to Enzo Siragusa, James Organ and Denney to name but a few. 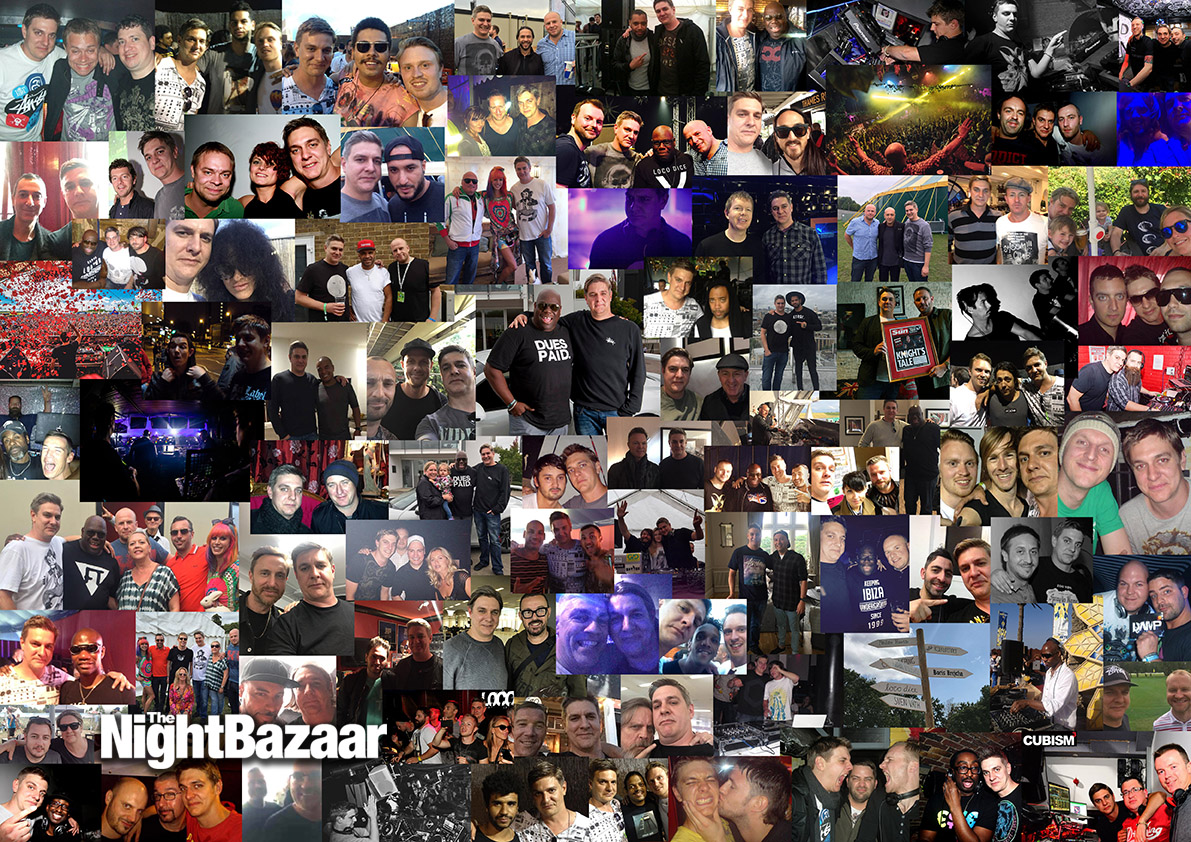 The interviews were all produced for the UKs most famous newspaper, The Sun where Mark continues to work as a senior graphic designer on the features side. 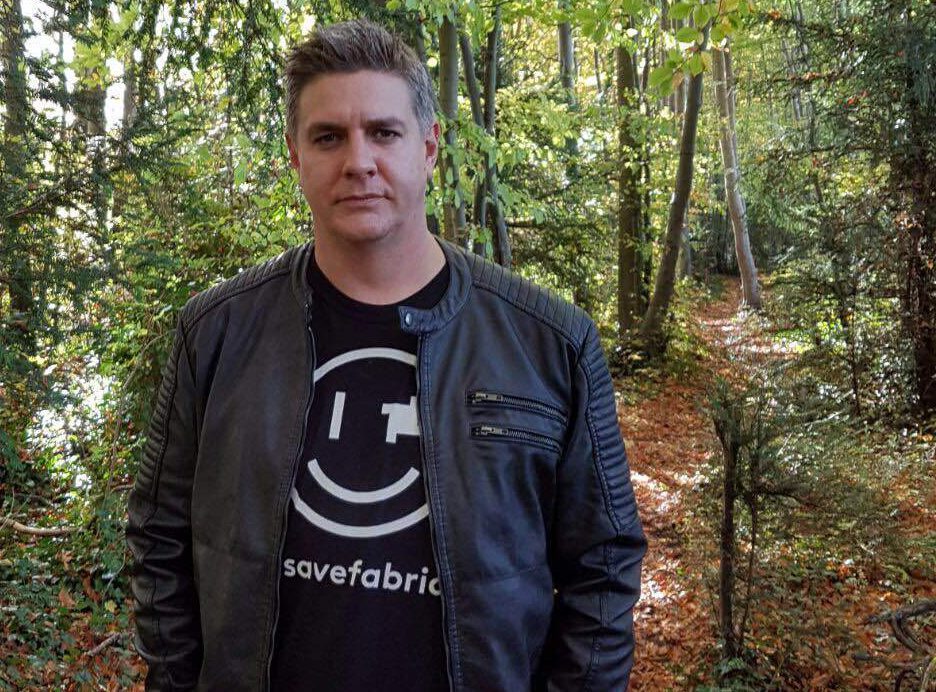 Not long after Mark began working for The Sun he successfully pitched the idea of a dedicated dance music column to the powers that be at the paper to give a voice to dance music on the huge media platform offered by The Sun. In 2012 he launched Clubz which ran until 2016, featuring interviews in print every Friday in the famous Something For The Weekend music section of the paper. 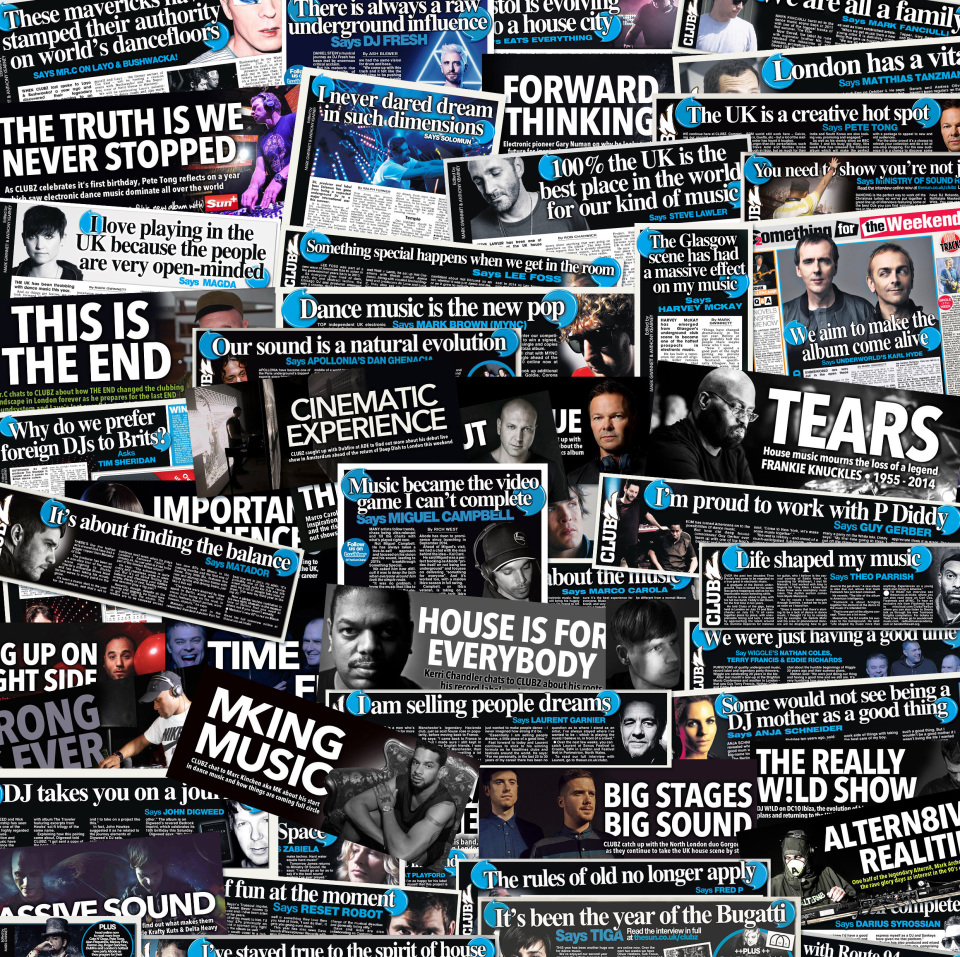 Mark decided to discontinue Clubz in the Autumn of 2016 and merge further dance music coverage with the main music section of The Sun website as it evolved to become the most read news website in the UK overtaking The Daily Mail in late 2019. The reasons for this can be read HERE in this article written by Mark on The Sun website in November 2016. 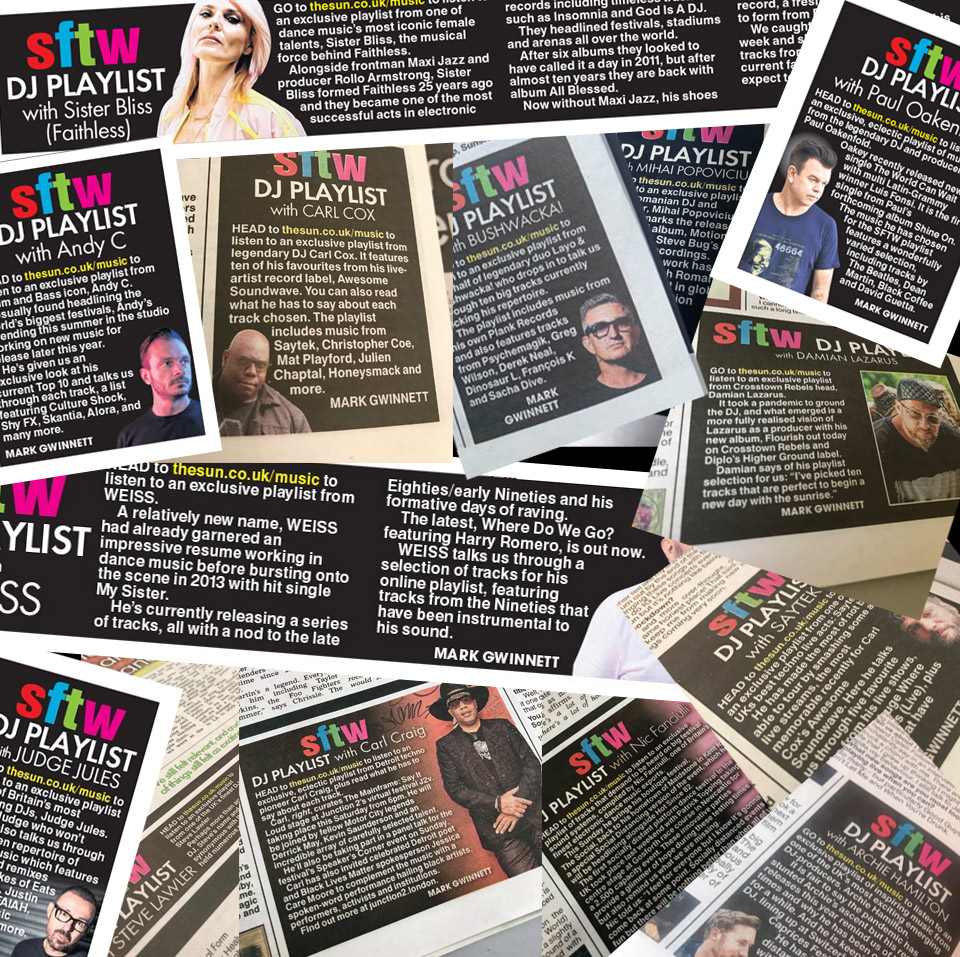 Since then Mark has continued supporting dance music at the paper but mainly by inviting DJs to submit Something For The Weekend playlists which are featured every Friday in print and online. The playlists are more exclusive than your usual top ten digital charts as the artists invited to feature tell the reader why they have chosen the tracks in the playlist and what they love about them. They also frequently have a specific theme. Paul Oakenfold choosing a Dean Martin record is not exactly what you might expect!

The SFTW DJ playlists launched in the summer of 2019 and have been a positive source and a highlight in SFTW during the dark times of the Covid era in 2020. Artists featured so far this year include Sven Våth, Carl Cox, Paul Oakenfold, Sister Bliss (Faithless), Andy C, Steve Lawler, Bushwacka!, Marshall Jefferson, Joris Voorn, Solomon and many more.

Many of the SFTW DJ playlists published so far you can find on this website with new ones added each and every week. 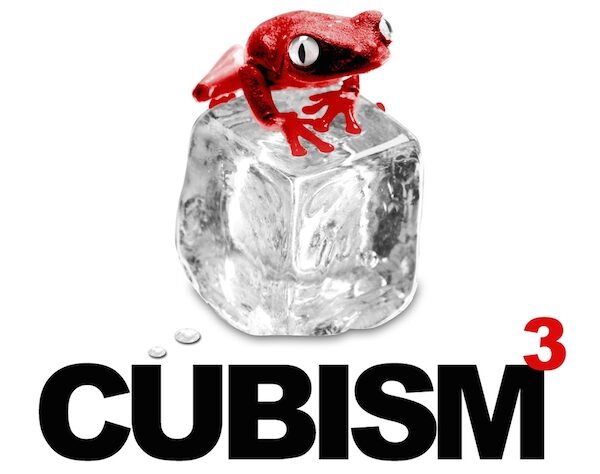 Alongside all of this Mark produces music under the alias Lunacy Sound Division almost exclusively for his label Cubism which he runs alongside his great friend Joseph Keevill who is better known as the acclaimed electronic live artist, Saytek. Cubism was founded in 2007 by Mark and tech house pioneer Tony Thomas with a clear vision of releasing quality house and techno. Under the careful supervision of Mark and Saytek, the label continues to do just that.

Saytek has been inspirational for Cubism since he joined Mark in running the label in 2010. In that time he has become one of the UKs most innovative and exciting live artists, releasing a slew of albums and releases on not only Cubism but Darren Emerson’s Detone,  Mr.C’s Superfreq, the infamous Chicago label Trax Records and many more. He really hit the big time last year signing to Carl Cox’s Awesome Soundwave label and took to the stage alongside the big man around the world with these gigs peppered into a full international touring schedule. Since Covid hit he has been hard at work producing more music, live streaming to millions and helping up and coming producers reach their own goals with music production. 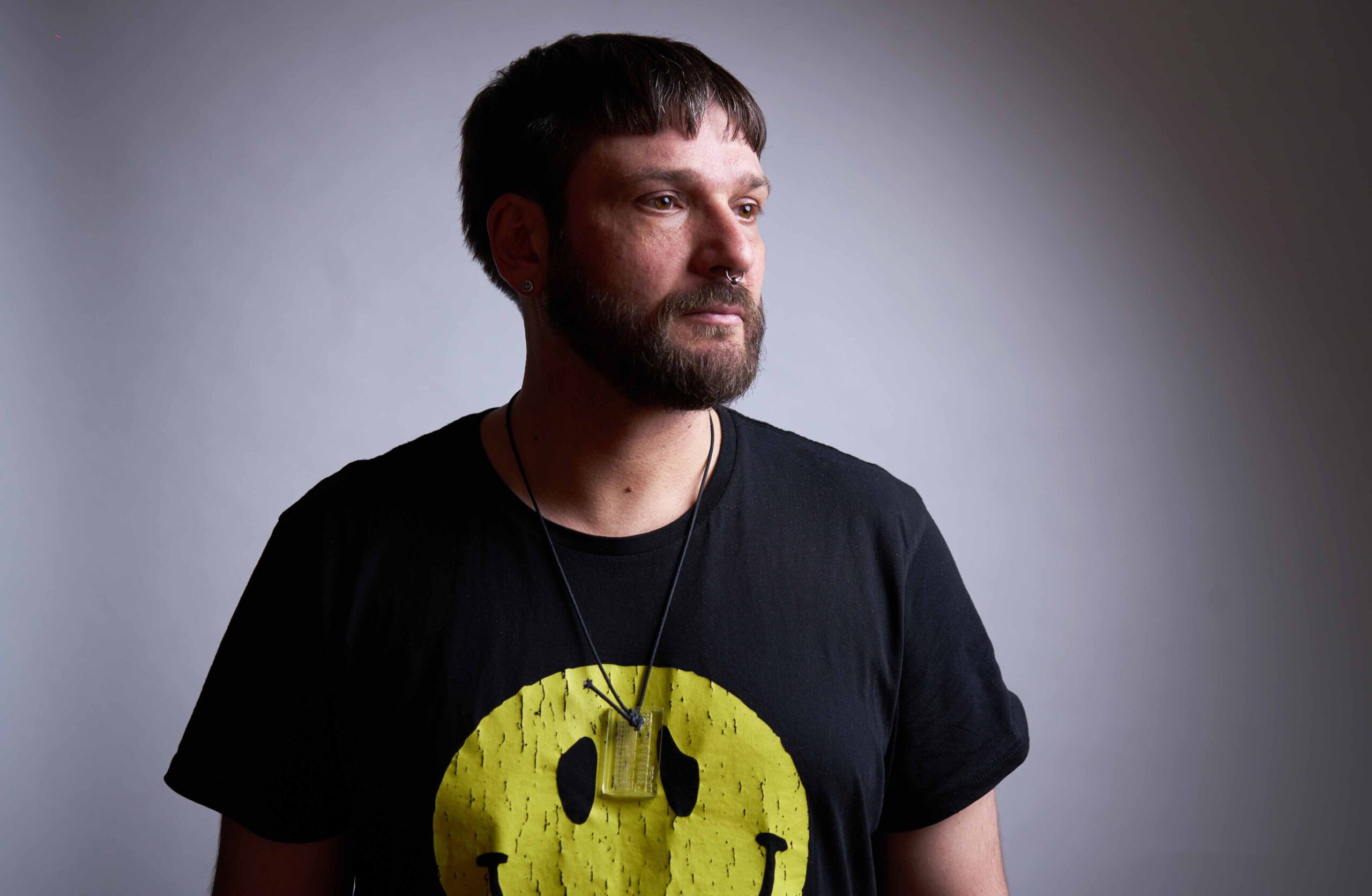 The decision to incorporate Cubism into The Night Bazaar as resident record label of the website and the host for our live stream programming is a natural progression. The artwork and artistry surrounding the music released on the label deftly merges with the other music content on the website. Expect exclusive download bundles from the label and Cubism, Saytek and Lunacy Sound Division merchandise forthcoming.

We hope you enjoy everything you hear, read and watch on www.thenightbazaar.co.uk