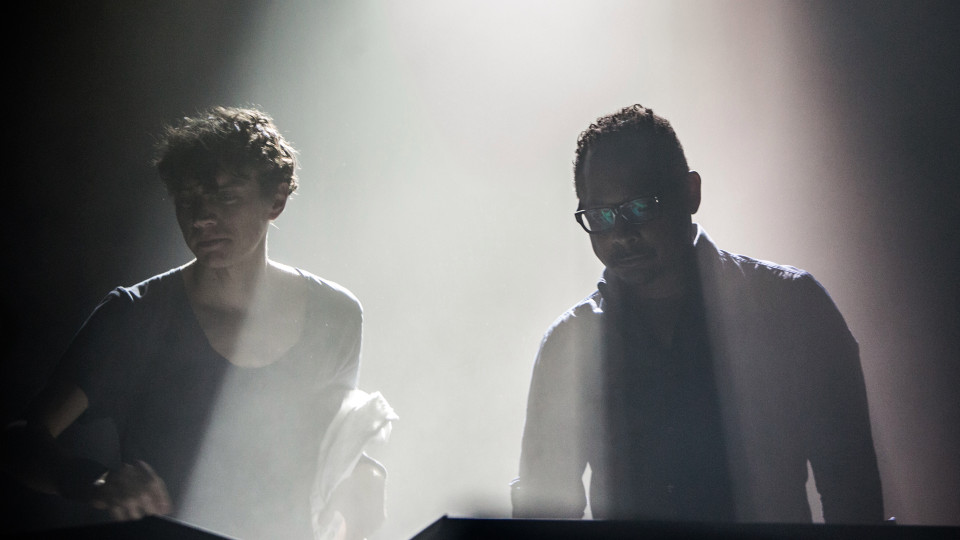 DERRICK May is one of the most significant figures in modern-day electronic music.

His groundbreaking work in the 80s and 90s set the blueprint for techno, and he is rightly revered amongst DJs, producers and fans alike. The problem, those fans would say however, is that he hadn’t produced any original records for close to 20 years… until now.

Step forward Francesco Tristano, a classically trained and highly celebrated pianist with a penchant for electronic music production who somehow tempted May out of this extended production break to work on his latest project. Set for release on Transmat, May’s groundbreaking label, Surface Tension is not just the latest album from the prolific Tristano, but perhaps the most significant in his ongoing explorations into electronic music.

Described by the man himself as his “most techno and synth-based project yet,” the eight-track effort is both a celebration of electronic instrumentation and the first record May has worked extensively on for the better part of two decades. “I had to lure him into my studio,” Tristano says of May with a smile, “he was like Alice in Wonderland when he saw the synthesizers.”

Ahead of the release of the album later this month, we caught up with the collaborators to discuss working on the album together, live performance, and the state of the dance music industry in general.

Derrick, lets kick things off with a very broad question: how do you feel about dance music in general? Is it in a good place?

Derrick May: I feel good overall. I couldn’t say that a few years ago. There are a few artists who are making a difference and trying to set examples and standards so the legacy of dance music can continue. There are also others that are simply in it for the money and stealing opportunities and they don’t care. They will always exist, like it or not. I hope to always be able to promote and give opportunities to true artists that are able to make a difference. My record label is very important for this purpose. It’s a destination point for artists looking to create without limitations or restrictions. I provide an atmosphere for creativity. Actually providing such a forum or atmosphere is almost not done anymore these days. And for that reason, I will continue to develop and create opportunities for new artists on Transmat. 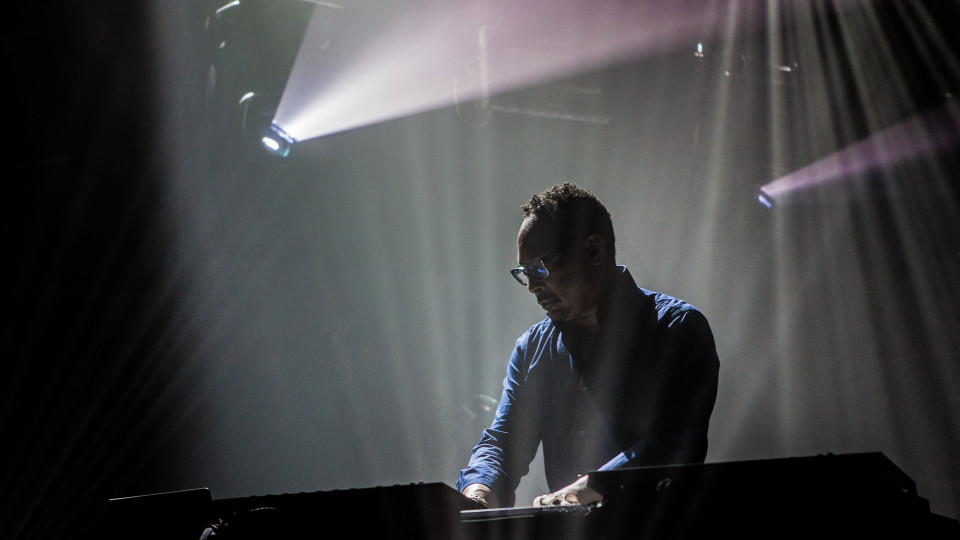 You’ve been outspoken about not just playing sets littered with your own music and the ‘hits’. Do you think that’s helped you continue to push your own music forwards, and keep it fresh?

Absolutely. I believe sometimes it is good to promote your own stuff, but it can also be a sign of a certain desperation. Others can always promote you better than you can, if they respect you.

Francesco, you’ve previously described the piano as an ‘instrument for the future’. With all the advancements in technology since the piano was first introduced, do think that’s still the case today?

Francesco Tristano: I believe I said the piano is an instrument of the future. When it was first introduced in the early 18th century it was clearly an instrument of a new generation – technology in the purest sense. The evolution of the instrument over the next centuries was remarkable, and steady. So yes, the piano is here to stay.

This is you’re most out-and-out ‘dance music’ project to date, what moved you in that direction?

FT: The love for sound. Synthesizers make the sound of Techno.

What was the most challenging aspect of working on this album together?

DM: Trying to find a time to get it done between gigs.

FT: Working together was not a challenge. Editing out 60 minutes of album material from 20 hours + of rough takes was.

How did you lure Derrick into your studio to work on the album with you?

FT: It wasn’t that difficult. Basically I had to make sure the synths were hooked up before Derrick came in. We laid down a few ideas and recorded long live takes. The sessions were musicians’ sessions, not producers’.

Derrick, Surface Tension includes some of the first original music from you for years… what was it about this project that tempted you?

Many years ago I was approached by Rolando and Octave One who wanted me to do a remix on ‘Nights of the Jaguar’. I said no to the initial idea of doing any remix at all. But then Lenny and Lawrence Burton actually got on an airplane and located me in Seattle, trapped me and convinced me to do this mix which turned out to be a classic. It was one of those moments that defined me and helped me to elevate myself. I conquered my fears. My point is that the same sense of purpose existed when we were creating this album with Francesco.

When you were making it, were you thinking about how the tracks would be performed live? If so, how did this affect your approach to the music?

DM: No, the idea or concept of making music in the studio is very different from performing live.

FT: Most songs were recorded live. Which doesn’t mean they will sound the same when they are re-created live. I suppose I stand somewhere in the middle between studio and the stage. 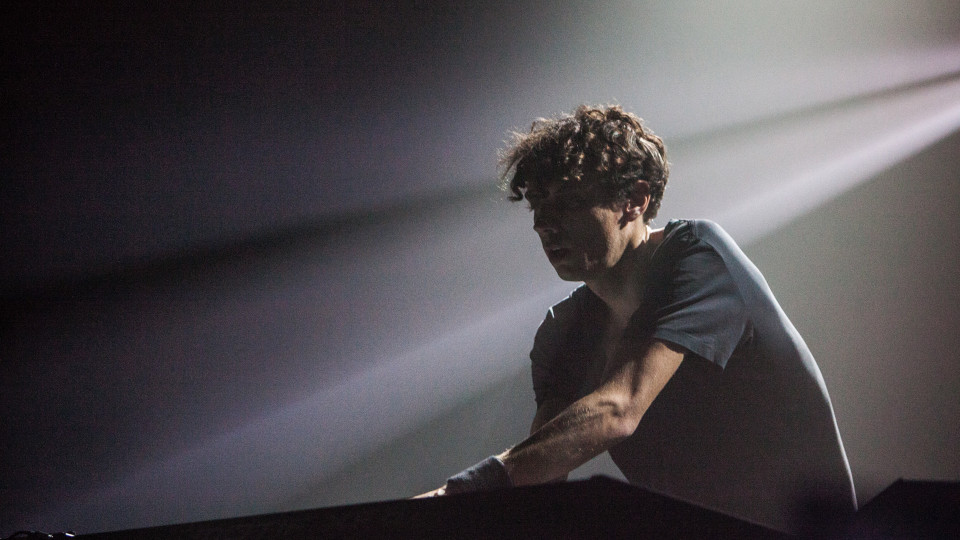 Do you have any particular favourite moments on the album? Doesn’t have to be a whole track, but a melody, bassline, key change… anything.

DM: All the moments, being in the presence of Francesco was a pleasure.

FT: ‘Esoteric Thing’, which is the last track on the album. It is a conversation between 2 musicians, with the occasional bird song.

When you’re performing live, how much of what you’re doing is improvised? Do you discuss changes beforehand, or is it done in the moment?

DM: Everything I do is improvised. I don’t think about it at all. I just come up with what I come up with. My entire career is based on improvisation.

FT: I came to believe that the greatest music is the music created in the moment, i.e. improvised. When we are on stage, there are no rules except to live, inhabit the moment.

You both recently performed at the Amsterdam Dance Event (ADE), do you think events like that are important for the development of the electronic music industry?

DM: I think so yes. And my reason for saying so is that it is important to set examples and benchmarks for the coming generations of electronic musicians. Standards are important and necessary.

FT: I suppose. It seems that ADE has itself undergone a remarkable evolution since its launch in 1996. In that sense it mirrors the importance of electronic music as a global phenomenon.

What else could we be doing to ensure the longevity of dance music?

FT: Re-invent it. Don’t stick with the conventional formats of sound and structure. Be free, because electronic music is the jazz of our times. 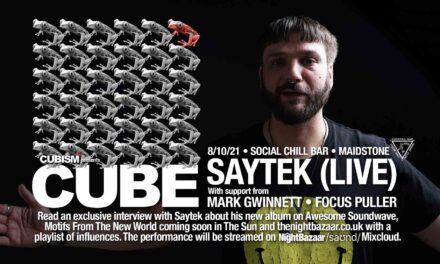 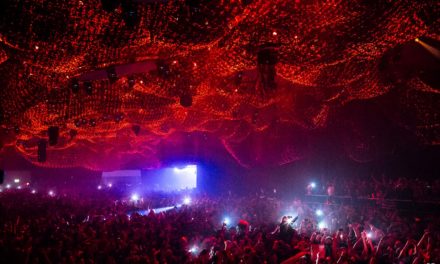