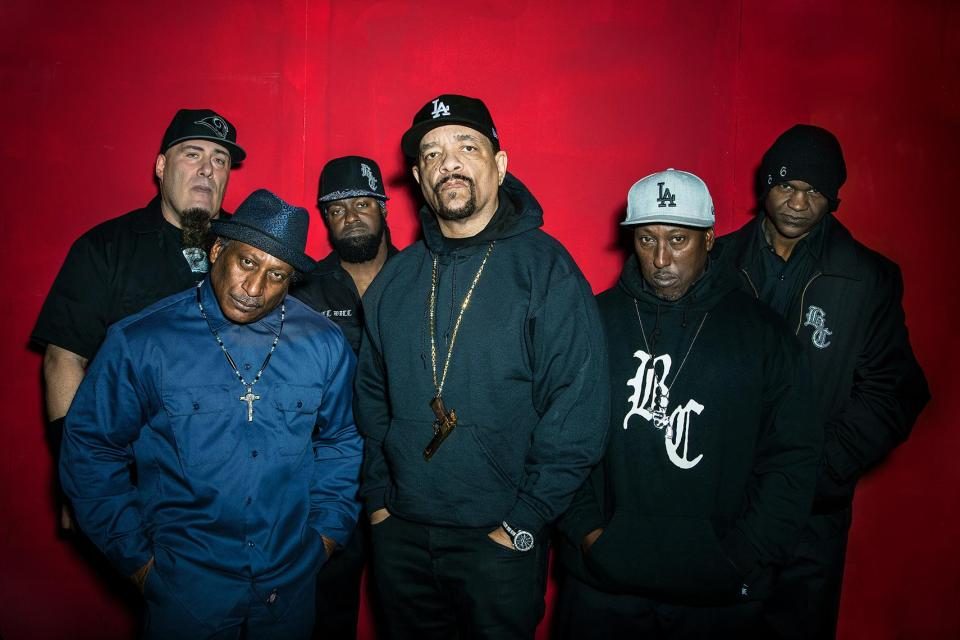 “People should rock to this – I didn’t want to make a mix tape, I wanted to make a Body Count album” – Ice-T

SHAKING off the mild-mannered demeanor of his role in TV’s Law And Order, it seems the Original Gangster couldn’t keep undercover any longer.

Spurred on from the positive response to 2014’s Manslaughter album and enraged with the turmoil America finds itself in today – Ice-T has reassembled his uncompromising gangster-metal collective, Body Count, to tell it like it is on streets of Los Angeles.

Featuring guest appearances from metal legends including Dave Mustaine (Megadeth) and Randy Blythe (Lamb Of God) – new album Bloodlust dials up the bombast, the rage and the projection of the rapper’s social criticism.

Here, Ice-T exclusively talks about why Bloodlust had to happen right now venting on Trump, racism and the state of American culture today. 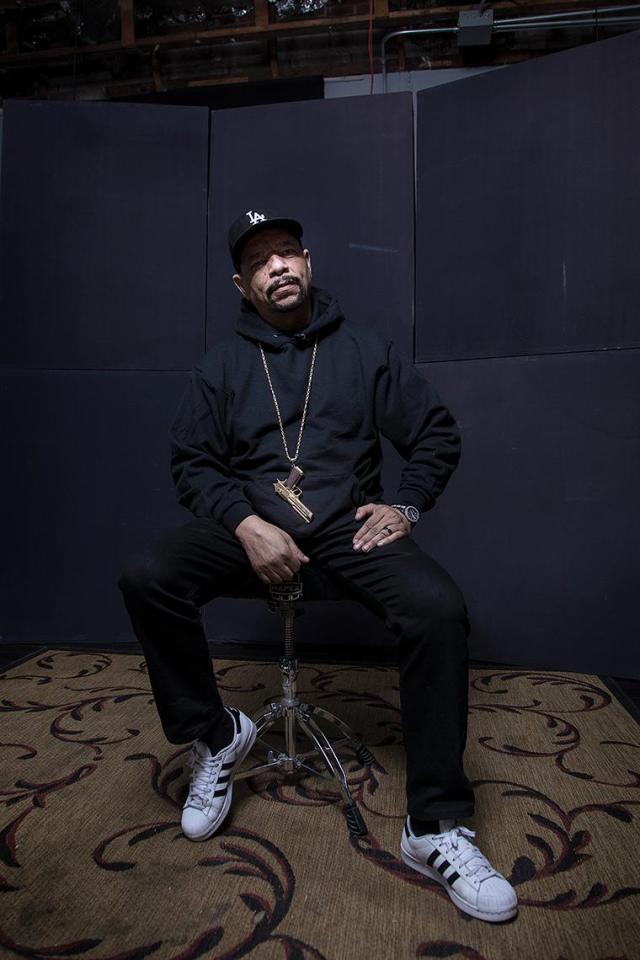 Your new album, Bloodlust, arrives at a disturbing time in America, both politically and socially. Was there a certain point when you thought, ‘This is happening – I’ve got to write an album about it?”

When you’re a songwriter, everything that’s happening when you’re not making records goes in your notebook. All the different things that are happening around you.

This record was written during the US election, and the whole country went haywire, man.

There’s so much information, and I was getting p***** that nobody was singing about it. Everybody was still in a delusional state of poppin’ bottles and clubbin’ and b*******.

Especially in hip hop. I was, like, ‘Alright, I can’t wait to do a record and address some of this b*******.’ So everything that was going on in the country that I normally speak on, I kind of waited to do the record and talk about it. 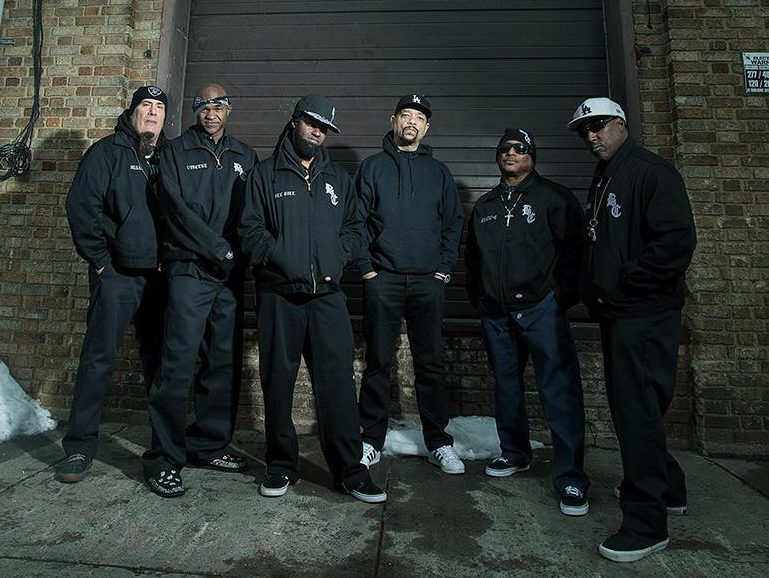 “Racism is real, but that’s not all that’s happening here” – Ice-T

Did you have to work yourself up to sing as furious as that?

It’s all down to the topic you write about, and these are emotional topics.

All these things led into Bloodlust, just the whole concept – how many different ways are humans bloodthirsty. I tried to go through the spectrum, from serial killer to robber to racists to everybody. We’re all f***** up.

Trump is out of f****** control. He went into government with a plan not to follow any rules. And he’s not following any rules.

We got the White House over here, but he wants to stay in his own house. That’s like the Queen saying, ‘I’m not gonna stay in the palace, I like it down the street.’ It’s, like, ‘What the f***? What the f***’s the matter with you?’ So he is breaking every rule possible.

And he’s still talking about Obama. He’s obsessed. Obama’s a citizen, Obama’s no longer the President. Last I heard, Obama was running around with Richard Branson on beaches and s***.

I think he hated Obama more than he even wanted to be President. I think this man really can’t let go of Obama.

Obama did what he was gonna do, he did the best he could do. People loved Obama. People don’t love Trump. And that kills him.

He’s on some emotional s***. The President is on Twitter, man. Get the f*** off Twitter! You’re the President!

So on the ground, nobody really gives a f***. Some different group has marched every day since Trump has been in. He says he’s gonna stop the money for the endowment of the arts. He is out of f****** control.

Put it like this, my taxes have gone up every year since I’ve been alive, and they’ll continue to go up. Ain’t no president gonna change that s***. We just hope he doesn’t start a war. That’s the big one.

But look at it another way. Trump is a successful businessman, he’s a maverick who has done things his way. That’s how you’ve conducted your career as well. Do you have any respect for him on that level?

No, cos I’m not a douche bag. I got people that will step up and say good things about me. You’ve never heard anyone say anything good about him. He doesn’t even have any friends.

Look, I’ve been in the streets and I know gangster mentality, and I know that whole, ‘You gonna do this s*** my way.’ Yeah, you can be very successful like that, but it’s like (Mexican drug dealer) El Chapo: you’re basically saying, ‘If you don’t do it my way, I’ll fire you, I’ll hurt you.’ I’m not that bloodthirsty. Yeah, I did things my way but I did it in a way not to hurt people, and I helped people along the way. 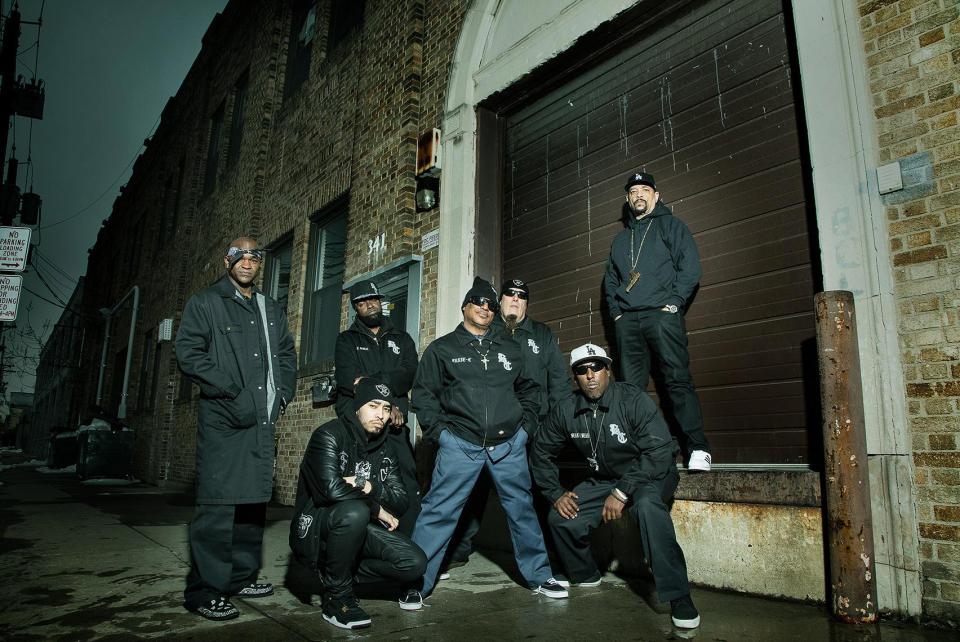 “I’m not worried about people misinterpreting me anymore” – Ice-T

Is American culture is going forwards or is it in reverse?

It’s going backwards now because of this political situation. But American politics swings like a pendulum. So Obama was a reaction to Bush, Trump is a reaction to Obama. I doubt if Trump will make it four years. There’ll be someone who’ll be the reaction to Trump. We do have that pendulum swing.

You go on Twitter and say something to these m************, they don’t have any fear. They’re Nazis. They call you ‘n*****’. They don’t care. But there’s always hope as long as there’s good people in the world. There are good people out there. But unfortunately there’s still a lot of hate. 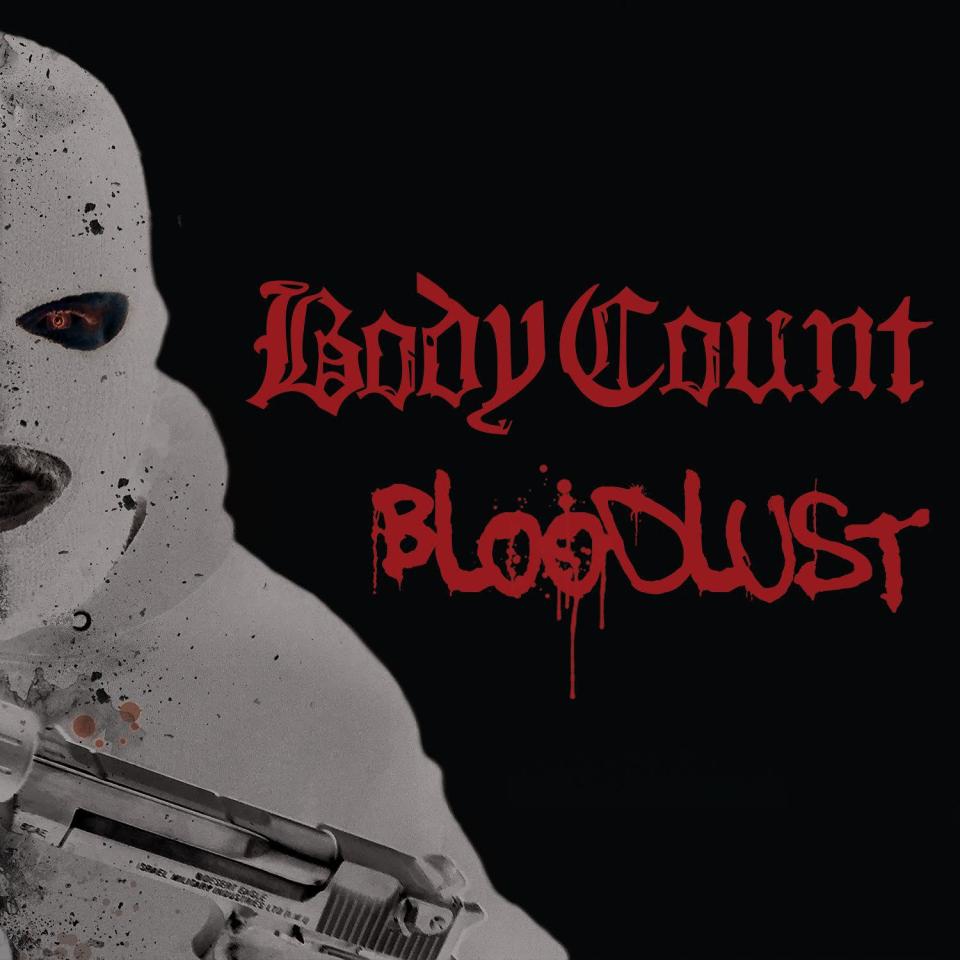 BODY COUNT – BLOODLUST is out now 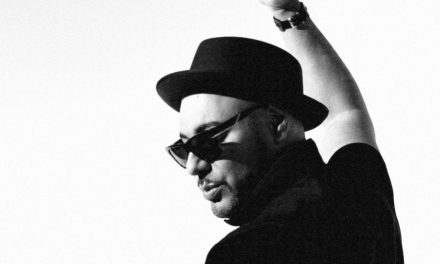 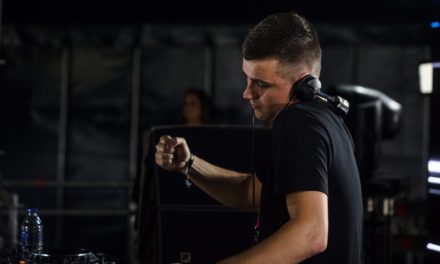 Wheats: ‘I think you need to create a circle, find other producers that are in the same boat as you’ We caught up with one of the most exciting DJ Producers to emerge recently to find out more about graduating from Toolroom Academy, collaborating with Alan Fitzpatrick and more.... plus he drops an exclusive mix on The Night Bazaar Sessions 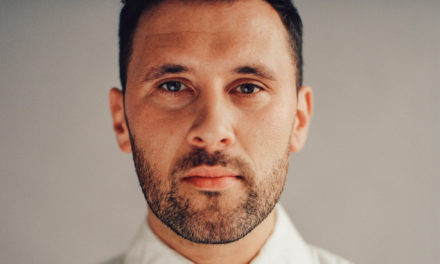 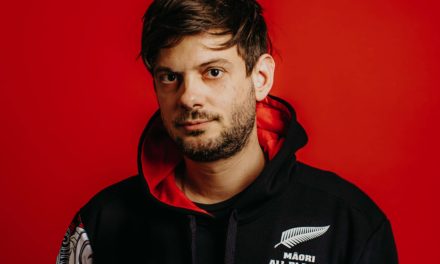